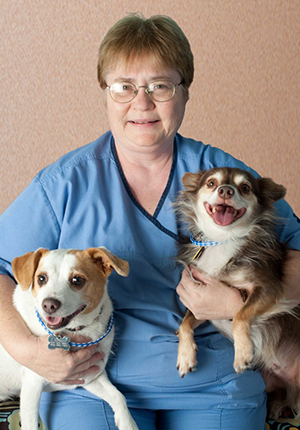 Send Us a Message

Lou Ann has spent much of her life surrounded by animals. She was raised on a farm in northern Indiana and over the years has had numerous pets including dogs, cats, ponies, sheep, pigs, guinea pigs, gerbils, rabbits, turtles, and hermit crabs.

Lou Ann also fosters rescued animals and serves on the Board of Directors for Animal Allies of Texas, a non-profit rescue group. She has been married for over 40 years to her husband, Lee, and they have three daughters, Nadia, Kathleen, and Maria.

The four legged members of the family are KC, Oreo, and Peep (cats), Ginger, Brinkley, Loki, Belle, Macy, Starr and Jazzy, (dogs). They all live on a small farm near Wills Point. When she is not busy with family or animals, Lou Ann loves to read, cross-stitch, listen to music and cook.