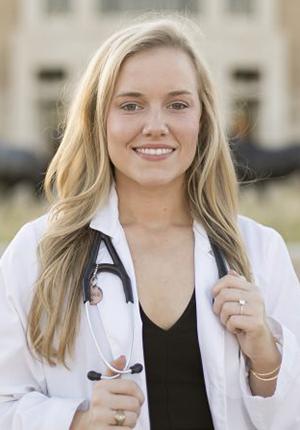 Appointment Request
Send Us a Message

Dr. Caitlin Spillers was born and raised in Waco, Texas. She decided she wanted to be a veterinarian at just six years old and never wanted to be anything else!

Her favorite part of veterinary medicine is being able to foster the special bond between humans and animals. Her professional interests include surgery, feline medicine, and emergency medicine.

In her spare time, Dr. Spillers enjoys cooking, watching Aggie football, playing racquet ball, and spending time with her fiancé. She owns a chocolate Labrador named Chip, and a cat, named Finn. She is very excited to continue her career as a veterinarian with Metro Paws!